Otherwise, all side-effects and benefits could be considered relatively the same as methyldrostanolone. Liver toxicity and its associated side-effects of general sickness should still be expected, especially if the liver becomes compromised. Using a liver protecting supplement prior to and during a cycle of Dimethazine would be very important.
The quick gains in size and strength will likely be accompanied by increases in intense back pumps, high blood pressure, shortness of breath and oily skin. Vascularity would also be expected to improve with this compound due to the increase in extra-cellar water and possible decrease in subcutaneous water weight.


Because this compound is a 17aa oral, it is not recommended to be stacked with other 17aa oral steroids. 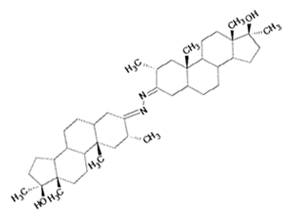